NEXT YEAR IN REBUILT JERUSALEM ! 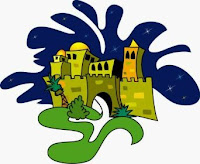 This Passover, no Jew can recite the ancient prayer NEXT YEAR IN A REBUILT JERUSALEM and support Obama's pressure on Israel to partition our capital.

This, significantly, applies to those who voted for Obama and profess to support Israel.

In his initial flush of victory, Obama pronounced that he supported a unified Jerusalem as the capital of the Jewish state.
Now he is back-tracking.

Hilary Clinton also professed support for a unified Jerusalem as the eternal capital of Israel.
Now, with an immoral moral-equivalence to the Jewish State and to the Palestinian Authority she underlined Obama's policy at the AIPAC Conference by saying "The US recognises that Jerusalem is a deeply important issue for Israelis and Palestinians, for Jews, Muslims, and Christians".
Yes, we know that, but where is the unreserved support for keeping Jerusalem as a unifed city and the capital of Israel?

Once the world insisted that no city be divided. A previous Democratic President once declared "Ich Bin Ein Berliner!"
The world, then, insisted that dividing a city politically was a crime. And Berlin was not even the capital of Germany.

Now the Obama Administration insists to do the opposite with Jerusalem. He wishes to cleft it in two in the vain hope that this will contribute to a peace agreement.

We are willing to sacrifce and to compromise on territory. But we have always maintained our values and our heritage when it comes to our eternal capital - Jerusalem.

That is why, this Passover, we insist that any Jew who cannot support us as we draw this important red line in the sand, must remove the ancient prayer from his Seder service.

Do not recite NEXT YEAR IN A REBUILT JERUSALEM for to do so will expose you as a hypocrite.
Posted by Unknown at Friday, March 26, 2010