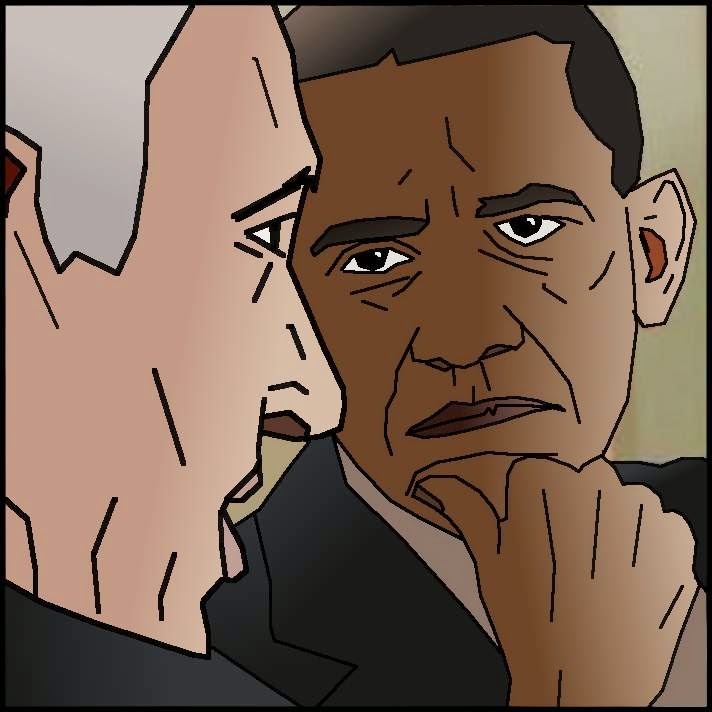 There is estimation in the Obama Administration that, if a Herzog/Livni government is formed in Israel, it will dance to Obama’s tune. But if Bibi retains control, the entire Obama Middle East policy is in ruins.

Recalling John Kerry’s threat that if Israel doesn't surrender Jerusalem, Judea & Samaria to a Jew-free PLO/Hamas state Israel will be seen as an apartheid state. This wouldn't happen if there is a change of government in Israel.

Martin Indyk of the Qatar-sponsored Brookings Institute threatened, at the INSS Annual Conference in Tel Aviv,  that if Bibi stays in office the US would help pass a resolution “against Israel’s will” in the United Nations Security Council that will “lay out the principles of a two-state solution.”

Indyk also said that Israel should have no concerns over an Iranian nuclear deal. Giving away the promise that Iran would never become a nuclear breakout state under the protection of an Obama Administration, he said at the INSS event that the US would protect Israel should Iran reach that nuclear capability. Which poses the question, which is it? No they won’t because Obama and Kerry have guaranteed it, or yes they will despite the agreement?

We should recall that the US has failed to detect every global nuclear breakout in history – India, Pakistan and North Korea. They have also failed to keep pace with Iran’s ongoing nuclear program, and it was Israel that had to deal with the Iraqi and Syrian nuclear facilities. Therefore, it would be mad, and dangerous, for Israel to put its faith in a US ability to stop an Iranian breakout in time.

Obama delinks terrorism and radical Islam. In fact, he doesn’t recognize radical Islam. Therefore, would he dare claim that the terror-sponsoring Islamic Republic of Iran that maintains Hezbollah and Syria’s Assad, supports Hamas, has usurped Yemen with its Houthi proxy, and devoutly believes in a world-destruction to herald the coming of the Shiite Messiah is a regime “that perverts Islam?”

Obama is incredulously working toward introducing Iran as a regional strategic ally in the war against Islamic State (although you will never hear Obama or Kerry call this terror army by that name). To that end, the plan is in place to have Iran provide Shiite ground forces to drive ISIS out of Anbar Province in north western Iraq while the US will supply covering air strikes.

With a wink and a nod, Obama will not intervene when Iran retains Shia control over this area. This will allow Iran a strategic geopolitical corridor leading from their country through Iraq into Syria and give them access to the Mediterranean Sea.

The Iranian nuclear deal is being seen in the Muslim world as if Obama is giving legitimacy to the Shia bloc of Islam.

With Iran now controlling Yemen they have a choke-hold over shipping entering or exiting the Red Sea. This is a strategic danger to Israel, Jordan, Egypt and Saudi Arabia.


There has been a strange display of shifting loyalties by Obama as illustrated by the following moves. Obama showed his petulance after General al-Sisi replaced the unpopular Muslim Brotherhood leadership in Egypt. He put a clamp on arms supply to an Egypt that is battling against multiple terror fronts, namely the Muslim Brotherhood and its affiliate, Hamas, in Gaza, Al-Qaida in the Sinai and Islamic State both in the Sinai and across Egypt’s border in Libya. When Egypt accused Qatar of supporting terrorism, Qatar withdrew its ambassador from Cairo. This was quickly followed by a visit to the White House by the Emir of Qatar for close talks with President Obama.

This raises the question, which side of Islam is Obama really on? The moderates or the radicals?

Obama claims that America is to blame for advancing “the forces of extremism.” With his promotion of Iranian interests the US President is doing precisely that.

It is in this light that he sees Benjamin Netanyahu’s timely address to Congress as a frontal assault on his Middle East policies.

Netanyahu’s words to Congress will deal with three of the world’s most significant problems;

The true nature of Iran and the fault lines of a bad nuclear deal that will wipe away the image that Obama and Kerry are trying to project.

The truth about the spread of radical Islamic terrorism, including the Iranian version.

Why the creation of a Palestinian state at this time will not bring peace given the true face of the Palestinian leadership.

Obama is concerned that Israel’s Prime Minister will eloquently spell out  the reality of the Middle East in words that have not been heard emanating from the White House or the State Department.

This is why an Obama Administration disinformation campaign is trying to punish Bibi and Israel.

Barry Shaw is the author of the book ‘Israel Reclaiming the Narrative.’
www.israelnarrative.com Available on Amazon.