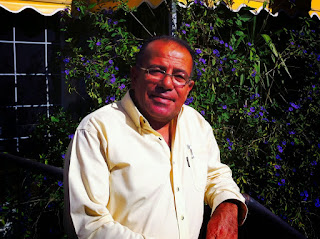 Eid's organization focused only on human rights violations perpetrated by the Palestinian Authority in the West Bank and the Hamas regime in the Gaza Strip.

Eid's organization received significant funding from European states and managed to employ researchers who operated in the West Bank and Gaza Strip. Five years ago, however, things changed, and the funding from Europe came to an end.

Why should a person who bravely exposes the corruption and human rights abuses of the Palestinian leadership against their own people be suddenly deprived of his funding by European countries?

"I think it happened because European policy in recent years has been to come down hard on Israel and not the Palestinian Authority," Eid says. "They view Israel as the main obstacle to the peace process and want to support the PA. One of the ways to show this support is to stop funding organizations that are critical of the PA."

In an interview with YNetNews, Eid said, "I'm opposed to the boycott because it only ends up harming the Palestinians themselves. Take, for example, the SodaStream plant in Mishor Adumim that is now moving some of its operations to Be'er Sheva. I've met with Palestinians who worked at the factory and were fired because of the move. They told me they were earning an average of NIS 5,000 a month there, and that today they are being offered salaries of just NIS 1,400 in the PA.

"People there are deep in debt because they have taken on long-term commitments based on the understanding that their work at the plant would continue; but reality has slapped them in the face because of the pressure created by BDS movement. Today, they are running between the courts and the bailiff offices and is anyone taking any notice of them? Do you think the boycott movement cares about them at all?"

For his outspoken truth Eid was intimidated and prevented from speaking by BDS protesters at the University of Johannesburg in March 2105.

“Nobody is talking about the foundation of a Palestinian state.”

Palestinian society is split into two main factions – Fatah and Hamas.  Both openly call for the destruction of Israel.  Can these organizations co-exist?

The evidence that Arab states really don’t care about improving the lot of the Palestinian Arabs can be seen in the factual statistic that not one Arab country is listed in the top twenty nations that donate to Palestinian humanitarian causes.


To Israel, he says, “You must remember that your country is still feeding 1,800,000 Palestinian in the Gaza Strip. The State of Israel is supplying food, medicine and fuel while 22 Arab do nothing and watch Israeli trucks bring supplies into Gaza.

You are still feeding us Palestinians and, thanks to you, we are surviving.”

(Acknowledgements to YNetNews and Rebel Media)

Barry Shaw is the author of ‘Fighting Hamas, BDS and Anti-Semitism.’  https://www.createspace.com/5333306