ABBAS AT THE UN. 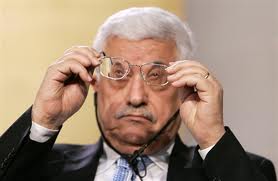 Mahmoud Abbas refuses to acknowledge Israel as the Jewish state since that would recognize Israel’s rights to the Land of Israel. He has repeatedly said, “I will never accept the Jewish state of Israel. Not in a thousand years.”
Jewish links to the Land of Israel are constantly denied. He asserts that Israel has no historical attachment to Jerusalem and the Western Wall as the remnants of the Temple.
In his 2011 New York Times article he admitted that his quest for UN membership for Palestine was for lawfare. “Palestine’s admission to the UN would pave the way for the internationalizing of the conflict as a legal matter, not only as a political one. It would also pave the way for us to pursue claims against Israel at the UN’s human rights treaty bodies and the International Criminal Court.”
Abbas has not disassociated himself from the “right of return” for Palestinians. This “right” is a code word for annihilating the Jewish state. As Nasser said in 1961, “If the refugees return to Israel, Israel will cease to exist.”
He complains that Palestinians have suffered “under occupation for 63 years”. That is since Israel’s creation, not 1967. This confirms that he is not for a Palestinian state alongside Israel but that Israel’s very existence represents “occupation” for him. That is the root of his strategy.
He has failed to retract his doctoral thesis completed at Moscow University, which is devoted to Holocaust denial. He has never apologized to the Jewish people for his gross distortion of the historical record.
He, and the Palestinian Authority that he leads, have regularly glorified terrorists, including suicide bombers, who have murdered and maimed hundreds of Israeli men, women, and children.
It is worth remembering that Mahmoud Abbas only represents the Palestinian Arabs symbolically by virtue of his title as President of the Palestinian Authority. He does not represent Hamas, Islamic Jihad, the Palestinian Salafists, and other disparate groups. Recently, his Fatah party lost out heavily in local West Bank elections when they lost every major city to opposition candidates.
In short, the UN vote in favor of granting non-member status was predicated on its presentation by an anti-Semite, with blood on his hands, bent on eliminating the Jewish State of Israel, and who barely represents a minority of Palestinian Arabs.