The 14th European Maccabi Games. A triumph of the Jewish People over Hitler.

The 14th European Maccabi Games, which opened on Tuesday, July 29, almost 70 years since the notorious Berlin Olympic Games of 1936, was a triumphal statement by Jewish sports men and women that Am Israel really is chai.

More than 2300 Jewish competitors from 36 nations, including from Israel, celebrated an affirmative Jewish return to Hitler's stadium to declare the vibrancy and spirit of the Jewish People through sport.

They have been joined by delegations from the United States, Canada, South Africa and Mexico making it a de facto World Jewish Games.

The Maccabiah Games, held every four years in Israel, is frequently called the Jewish Olympic Games. It will be interesting to see how many of the competitors in the current European Games decide to express their talent and Jewish identity by making Aliyah to the Jewish State.

Like persecutors of the Jews for centuries, Hitler is dead, the Nazis were defeated, and the Jews return to express their continuance, their determination to survive and to celebrate life.

However, there remains a residue of anti-Semitism, and a revival of violent resentment against Jews, in Europe.

Following a tempestuous year for the Jews of Europe, this sporting gathering is an opportunity to express Jewish solidarity and joy.

For all the participants, these Games, in this place, will be a significant moment in their lives as long as they live.

Let's wish them a successful, enjoyable, memorable, and safe Games. 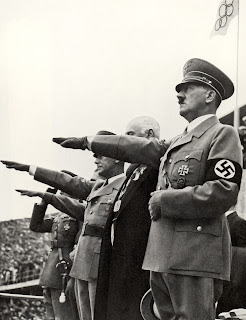 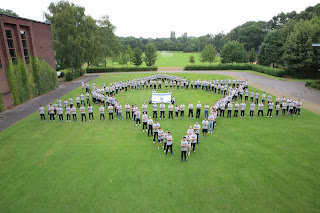