WHAT IS OBAMA ALL ABOUT? 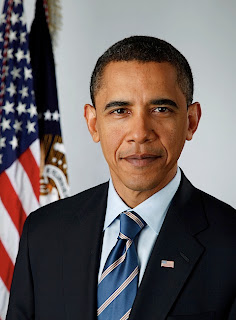 Speaking as an Israeli, what is Obama all about? Glancing through an edition of the new York Times I read that Sudan President al-Bashir, the man wanted by the International Criminal Court for crimes against humanity relating to the genocide in Darfur, is bragging that 'even America is becoming a member of my National Congress Party!'
As journalist Nicholas Kristof wrote, 'When a man who has been charged with crimes against humanity tells the world that America is in his pocket, it's time to review your policy'.
Obama once announced that he would apply pressure on Sudan to avoid another humanitarian catastrophy in Darfur. Now, it seems, Obama has backed down prior to and during the recent Presidential elections leaving the dictator Hussein al-Bashir that everything is fine and he can control the White House.

The Obama Administration would have us believe that they have things under control in Iraw and that their guy recently won the national elections. If that is so, why have I just read of secret torture prisons being run by the Iraqi security force, trained by the US, and under the leadership of Prome Minister Maliki.  That, under Obama, is fine while the US President complains about Quantanamo, and then does a u-turn.

America demanded that Syria remove itself from the axis with Ahmadinajad's regime in Iran. Snubbing America President Assad paid an official visit to Tehran and then invited both Ahmadinajad and Hizbollah leader Nasrallah to Damascus. Instead of facing the wrath of America, Obama informed the Syrian leader that he will shortly be sending a new Ambassador to Syria. Some punishment!

And finally, Iran. After more than a year of hearing Obama and Clinton issuing dire warnings at Iran we are now hearing mumblings of how the Obama Administration can learn to live with a nuclear Ahmadinajad.

The one country in the Middle East that is getting slammed by Obama is Israel. The latest piece of misinformation being fed by his disinformation team is that Israel is costing America in blood and treasure. Obama needs reminding that it is Israel that has been paying in blood and treasure by being on the frontline of the same battle that American citizens are facing, namely the war against Islamic terror and domination.

It was no oversight that Obama visited Egypt and Turkey on a Middle East trip, yet could not find the time or reason to stop by in Israel.

Israel is finding itself boxed in both by its increasingly radical neighbours but also by an American Administration that has hardened its stand against the one true democracy and ally in the region.

No other reason  except the core beliefs of the new American president are behind the switch in the US Middle East and global policy.  These core beliefs are registered in the political upbringing and connections that formed the political mind of Barack Hussein Obama.

One result of Obama's public disparagement of Israel has been a circling of the wagons in the Jewish state around their leader.
Obama has succeeded in moving rank and file Israelis to the right of the political spectrum in support of a leader and a country that now feels itself facing very real existential threats and completely isolated.
Posted by Unknown at Saturday, April 24, 2010