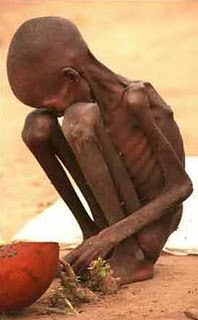 Gaza City opened an  Olympic-sized swimming pool.
They celebrated the international cuisine to be enjoyed at the Roots Club and at Greens.
Recently they announced the opening of a new shopping mall in Gaza City.

Netanya does not have a municipal Olympic pool. Neither does Ashkelon, or Sderot.
Gaza City is part of the Palestinian territory operated by the Islamic terror regime, Hamas.
Netanya has been hit by repeated Palestinian suicide attacks, car bombings, and terrorist gunmen that have left over fifty of its citizens dead and more than three hundred injured.
The people of Sderot, Ashkelon, Ashdod, and other southern towns and villages in Israel, have been under rocket bombardment from the Gaza Strip.

Palestinians receive record amounts of international funding. The victims of Palestinian terror get nothing.
This is obscene!

Over recent years, the Palestinian have received not millions, but billions, of dollars of funding from the international community.
It was rumoured that Yasser Arafat died with a personal fortune of more than one hundred and twenty million dollars. It is undoubtedly true that many of the current Palestinian leadership, and those close to them, have millions stashed in overseas accounts from kickbacks and contracts. Other Palestinians live a wealthy lifestyle.

The Western media clearly services the Palestinian propaganda machine with their one-sided reporting. They would have us believe that the Palestinians are suffering under one of the worst humanitarian crisis, desperate for basic needs, and even deprived of building materials by a cruel Israeli blockage.
As such, they formulate public opinion with their biased and emotional reporting and journalism.

One example of the effect on public opinion was the ruling in a British court in which the judge instructed the jury to take into consideration that Gaza is 'a hell on earth' and that people there are starving.

It is easy to google and visit YouTube to see that Gazans enjoy a middle class lifestyle. Nobody is starving in Gaza. Most enjoy good staple food and even cordon bleu dining.
In other words the judge was either lying, or has been misinformed by the media.

Statistics show that Gazans have a longer lifespan (73.68 years) than their supporters in Turkey (72.23 years). Even Iranians only get an average of 71.43 years.
In comparison, Sudanese only live to an average of 52 years while the poor Somalians only survive for an average of fifty years.
Infant mortality in Gaza is superior to most Arab and South American countries and considerably better than Africa.

Editors and journalists can easily sweep aside this veil of deceit with a couple of clicks of their computer mouse, if they chose to do so.
Had they the courage to resist Hamas threats and done what they are supposed to do, namely investigative, accurate, professional, fair and balanced reporting instead of falsely throwing guilt at Israelis, they could expose the truth that is Gaza.

It is quite sinister that they choose not to.

Their reporting would reveal a middle class lifestyle that puts a lie to the news that they have been propagating.

They can easily do this, but prefer not to. Is this due to laziness, or political bias?
Does the emotive message of  Palestinian victim hood sell more newspapers than the truth?

To really tell the truth about Gaza they would inform their viewers or readers of the international standard sports facilities, the dredging and enlarging the Gaza harbour to receive international shipping, the construction and equipping of new Governmental and municipal buildings, the construction of luxury apartment blocks, houses, and grand mansions.   And now a brand new shopping mall.

How has all  this been achieved without building materials? Or without construction equipment? Office equipment? Furniture? Appliances? Computers and software? Foodstuff? Medical aid and equipment?

I thought that nothing is getting through due to the Israeli blockade, that life is hell on earth, and people are starving?

The truth is that shops are stocked with clothing, food, provisions, toys, cakes,  candies, trimmings. Everything you need for an enjoyable life.

Go to the beach at Gaza and see the wind-surfers. Enjoy a day at the water park. Dine out at luxury restaurants and clubs serving the best cuisine in sophisticated surroundings.

This is the miracle of life in the Palestinian territories. Achieved with no access to building materials or basic humanitarian supplies, according to your national media.
This is insane!  This is false. You have been lied to!

But the worst of it is that, while middle class Palestinians plead poverty and receive excessive amounts of funding, there are other parts of our world where many thousands of people, including children, are dying of malnutrition and disease.

Their cries go unheard by the Governments, aid agencies, and so-called human rights organisations and activists who are too busy screaming at Israel.

They die ignored by the politicians, the NGOs, the individuals that have an anti-Israel agenda that keeps Hamas in power.
They profess to be humanitarians. They are hypocrites.

The African child, dying today, could be saved if they received just a small portion of the obscene funds that flow into Palestinian territory and Gaza that strengthens Hamas.
This is immoral!

It is time to divert the bulk of this Palestinian funding to those who are dying and truly living in misery, truly desperate for our help.

People have been deceived by the money and media machine that promulgates a totally false political image of Palestinian sufferance. This is not to say that there are no problems that must be solved. It is, however, radically removed from the truth.

The donors to the Palestinian cause would better serve the interests of the Palestinians, and the international community,  if they would condition their funding on forcing the Palestinian leadership to conclude a binding solution to the Middle East conflict.
Instead, they have allowed their money to be pumped into the Palestinian society with no political accountability or responsibility in accepting the two-state solution that has been on the table for decades.

The Palestinian leadership should have their feet held to the fire and made to conclude a permanent agreement with the Israelis. They should be threatened with the cessation of funding if they do not accept a pragmatic solution to end the conflict.

They do not do so because their propaganda is accepted so readily. They are under little pressure for accountability, both financially and politically.
This is why they constantly reject any solution. This is why they have the chutzpah to refuse even to talk directly to the Israelis.
They prefer to go through the motions of empty negotiations while holding out their hand for the increasing amounts of money they know they will receive for their phoney sob stories.

Hundreds, if not thousands, of diplomats from the United Nations and the European Union, as well as NGOs, human rights groups, receive massive funding and enjoy permanent careers promoting the Palestinian narrative.
They choose not to bite the hand that feeds them. They would rather not end the problem by forcing the Palestinian leadership to resolve the conflict.
Instead, they sponsor and support a Palestinian society that holds on to their hopeless ambition to eliminate Israel.
Why do they do this? Because they have their own careers to consider. And so the spiral continues.

Palestinians are enjoying a comfortable lifestyle with no pressure on them to advance the peace process. Why should they when they have hit the jackpot with their stories of victim hood and sufferance. The Palestinians have become the world's wealthiest beggars.

Palestinian funding has become obscene, insane, and immoral.
Posted by Unknown at Sunday, May 23, 2010